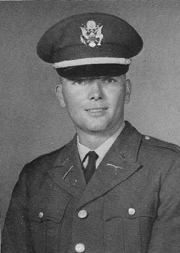 Post from the Vietnam Wall Memorial: “I was the first medic at the crash site. The chopper was carrying some lumber slung underneath it heading for an orphanage that was being built. Apparently, the lumber broke partly free, swung up and broke off the main rotor and caused the crash. The chopper fell between some hooches close to the air-strip. It was lying in a pool of its own fuel. I was the first person to go inside. I quickly examined, the six men there. Although, I felt weak pulses on 3 men, none were conscious. I am certain, that thankfully, none of them suffered at all. I didn’t know any of these men, but I’ve never forgotten them. Today is the 30th anniversary of their deaths.”  Paul Antokolsky, First medic, at the crash site. Saturday, January 16, 1999.