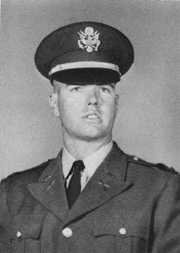 In 1966, as a 2LT, Infantry, I was assigned to MACV Team 2 in Quang Ngai Province, south of DaNang as an Infantry Advisor to the 2nd ARVN Division. I arrived in country on October 3, 1966 and 10 days after arrival I was wounded and MedEvaced to Japan where I was reassigned for the next two years due to my leg nerve damage from a bullet wound.

I stayed in the Army, transferred to Military Intelligence, attended Intel schools and went back to Vietnam in June 1970. I spent my first year in Vietnam with the 1st Brigade, 101st Airborne Division located at Camp Eagle, north of Hue as a Brigade Intelligence Officer. Camp Eagle got rocketed about once a month and we had a busy year with Firebase Ripcord (over run) and Lan Son 719, the invasion of Laos. After one year with the 101st, I extended my tour of duty and transferred to the 525 MI Battalion.

After the US Forces withdrew in the winter of 1971, the NVA attacked across the DMZ in the spring of 1972 and almost got Hue. My little 5 man US Detachment was one of the only US Forces north of DaNang and we sent combat reports back to MACV. I was told to evacuate my unit to DaNang, because my predecessors unit in Hue had been captured. I stalled and did not evacuate.

Jobs/Profession following military: After I retired from the Army in February 1986, I moved to Sacramento, California and went to work at the State Legislature for an old friend of mine who had been elected to the Assembly. I worked at the State Legislature for ten years until 1996, eventually becoming a Chief of Staff to an Assemblyman and also served as the Chief Consultant to the Assembly Utilities and Commerce Committee.

In 1996, I started a small independent lobbying firm and am still working. I remarried in 1994 and we have a 14 year old son. My wife and son keep me young. In my lobbying business, I represent several veteran service organizations and have been involved in over 500 legislative bills dealing with military and veterans issues.

I am most proud of establishing a prison diversion program for military and veterans in trouble with the law due to PTSD and laws to prosecute Stolen Valor phonies. I also coordinated the 20th Anniversary ceremony in 2008 for California’s Vietnam Veterans Memorial and worked to pass legislation last year which was signed by Governor Schwarzenegger declaring March 30th, every year, as California’s “Welcome Home Vietnam Veterans Day”.

I am currently President, Pete Conaty & Associates, in Sacramento, California. 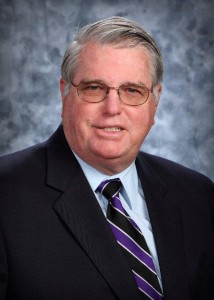 I was born in Sacramento, California on November 26, 1939 and raised in Orange County in Southern California.  I attended Mater Dei High School, Orange Coast College and earned a B.A. from California State University, Fullerton, in 1964.  Orange County is home to El Toro Marine Corps Air Base.

While in college, I worked in restaurants with many former Marines and at the County Juvenile Hall with retired Marines.  I always wanted to join the Marines since I was a young boy.

Beginning in 1950, during the Korean War, I followed the war with a National Geographic map of Korea, using pins to follow the progress of the war.  From the beginning, the Pusan Perimeter, the Inchon Landing and the Chinese Invasion, the Chosin Reservoir battles.  General MacArthur was my hero and as a Catholic in school, I learned about the Soviet Union and Communism.

I also began reading and following what was called the French Indo China War which was won by the communists in 1954 and Vietnam was split in two, North and South.  I continued to follow events in Vietnam starting in 1950 until the war was over (and even to this day).

While at Orange Coast College (1957-59), I became friends with a student from Vietnam named Pham Xuan An.  We were both on the student newspaper and student government and we hung out together in the student dormitories (WWII barracks).  He claimed to be apolitical.  He became well known on campus especially after he saved the life of the dorm resident who tried to commit suicide.  He returned to Saigon and I lost track of him after college.  Because of his time in America, he became the major interpreter/translator for many of the big-name newspaper and television reporters sent to Vietnam beginning in the 1960s.

After the war it was revealed that he had been a North Vietnamese spy and had been sent to America to learn about us.  Several books have been written about him.  All the big-name reporters he worked for swear that he never influenced how they wrote about the war, but I believe he influenced how they covered the war.

Another significant event was at Cal State Fullerton 1961-1964, there was a U.S. Army ASA veteran who served in Vietnam in the early 1960s in Saigon.  He had gotten to know and dated the daughter of Madame Nhu, (aka the Dragon Family), wife of President Ngo Dinh Diem’s brother who was head of the secret police.  Madame Nhu and daughter were touring and speaking in the U.S. in 1963 and I met her and her daughter in Los Angeles with a small group of students.

Shortly after that meeting, her husband and the President were assassinated by Vietnamese Army Generals.  That began a period of military coups in Vietnam about every 6 months and resulted in the increase in U.S. forces in Vietnam.  I knew a lot about Vietnam before I joined the army and I knew what I was getting into.  I wanted to go to war and then get into Republican politics like after WWII when returning veterans were elected to Congress.

In 1964, I graduated from college and as planning on going to USMC Officer Candidate School in 1965.  I was also looking into Army Reserve Units to join at the same time.  In early 1965, I was told that there was a one year wait to get into Marine OCS.  I also was offered a position in a U.S. Army Reserve Unit nearby with a six-year commitment.  I turned down the Reserve Unit offer and the next day went down and signed up for the U.S. Army college option program for OCS.

The college ops became a fairly tight group at Basic and A.I.T. going to the PX, the movies and hanging out together at OCS when we got weekend passes. After OCS graduation, I went through Airborne School and the Ranger Course.  Tom Evans was my roommate at OCS and my Ranger buddy.  I made it through Ranger Course with a lot of help from Tom.

After Ranger School and leave, I was assigned back to Fort Benning Infantry School.  When I reported in, at each stop I specifically asked not to be assigned to OCS.  Needless to say I was assigned to 50th Company as a TAC Officer.  After four weeks, I called Infantry Branch and volunteered for Vietnam.

I picked up a platoon in its 9th week and did to them that which I had learned from my TAC Officer 1st LT Dan Cerone.  (Imitation is the sincerest form of flattery Dan)

After 9 weeks of being a TAC officer, I had my orders for Vietnam.

I had asked to be assigned to MACV because another TAC officer had gotten the MATA Course (6weeks) at Fort Bragg and the Vietnamese Language Course (9weeks) at DLI Monterey California.   I got neither course and went to Vietnam to go to MACV as a untrained butter bar.  I arrived on October 3, 1966 in Saigon and after processing where I was issued a M1 Carbine, the only weapon we never trained on.  I was sent to DaNang and flown to Quang Nagi City, Quang Nang Province (south of Chu Lai) to be an Assistant Battalion Advisor to the Second ARVN Division.