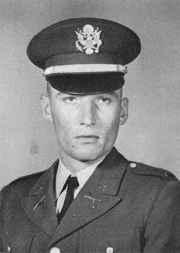 Posts from the Vietnam Wall Memorial: “On January 5th a Copperhead fire team was providing gun cover for a slick spraying Agent Orange along a canal near an ARVN compound west of Vinh Long. The slick began receiving fire and the Copperheads started a gun run. Capt. Brinson, the gun platoon leader, was almost immediately hit in the throat by a round that severed a main artery. The pilot, WO. Allen Neher, took over and headed for the hospital at Vinh Long, using every ounce of torque he could pull, while the CE. and gunner tried to give Capt. Brinson first aid. He by-passed the helipad, flew underneath some power lines, and right up to the back door of the Emergency Room. Unfortunately, they could not stop the bleeding and Capt. Brinson died before they made it to the hospital.”  Eric Bray:  Sunday, March 05, 2006.

“Frank was my best friend. We were inseparable throughout flight school many times to the dismay of his beautiful wife, Hanna (Hannelore). Frank had an adorable daughter named Scarlet. She was his pride and joy. Frank had already completed one tour in Vietnam as a Ranger before we met in flight school. He was a brave man and an inspiration to me. I will never forget the many hours we spent learning cockpit procedures, flying together and yes -partying together. I apologize to Hanna for all the times we were less than responsible. He did so love his family. Love Ya Frank, You are missed.”  Joe  Blankenship, BEST FRIENDS, April 3, 2008.