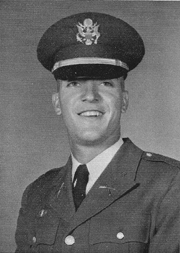 Number of Years of Governmental Service: 40

Summary of Assignments: Following OCS, I stayed at the Infantry School and attended the Davy Crockett and Heavy Mortar Schools. Then I went to Instructor School and taught mortars at the Infantry School. From there I went to Jungle Operations School, graduated and taught there for a while. Then I went to Vietnam where I served for the 5th Group and the 1st Infantry Division. Since I was well versed in the use of heavy mortars, I became the first airmobile light horse assault company, which would leap frog the artillery since it was easier to move us by helicopter than the heavier artillery. I was severely wounded and lost an eye, (thus my email name: oneeyedjack). I returned to the Infantry School and taught for a while, then I was assigned as the Deputy Post Commander for the 7th Infantry Division in Korea under General Hal Moore. I left Korea when they disbanded the 7th Division and went to the Advanced Course. General Moore had been assigned to Ft. Ord, California. After graduation from IOAC, General Moore called and wanted to know if I would join him there as his adjutant. How could I say no?  I spent a few years at Fort Ord and retired there, with 100% disability due to my war wounds.

Jobs/Profession following military: I moved back to the Georgia area, which has always been a home base, and took a job with Hardees food systems as a manager and later as the Director of Personnel. I spent 7 years there and in 1979 I divorced my first wife, and in 1981 I married a wonderful woman, Gail. In 1982 we moved to Arizona. I went to work for the Post Office and was a supervisor there and retired in 1995, having bought all my service time back into the Union, giving me in excess of 40 years service. Since then I have been awarded 100% disability from the military and the Veterans Administration.

Since 1995, I have become more and more disabled because of the influx of Agent Orange into my body, destroying my immunity system from within giving me Rheumatoid Arthritis, Psoriatic Arthritis, Ostio Arthritis and Parkinson’s Disease. These have caused the cartilage in my joints to disappear, causing great pain and replacement of most of my major joints. As of now, we are planning on attending the reunion, but it will depend on a number of factors as described above.