Honors: Inducted into the Infantry OCS Hall of Fame.

Raymond S. Angeli is the former President of Lackawanna College, Scranton, Pennsylvania, having been named to the position in December 1994. Since that time, he oversaw the impressive growth of the College from a one building location in South Scranton to its present multi-building complex in the city’s downtown historic district. In that same period, enrollment at the College more than doubled. In 1996, under his guidance, the College received its first complete Middle States Accreditation without reservations. The College accreditation was reaffirmed in 2005.

Mr. Angeli has overseen the first three Capital Campaigns in the College’s history, including a successful $10 million campaign. Under his direction, Lackawanna College entered into a partnership with the newly formed Commonwealth Medical School to accommodate the medical school’s first class in 2009 by sharing Lackawanna’s educational facilities, thereby hastening the medical school’s creation. During his last years of service with the college, he began a workforce-training program with the natural gas industry and established an environmental center located in Covington Township, PA.

Prior to joining Lackawanna College, Mr. Angeli served as Secretary of the Department of Community Affairs for the Commonwealth of Pennsylvania. As a senior cabinet official, he had direct oversight of a $200 million dollar budget and 650 employees. In addition to regular cabinet duties, Mr. Angeli spearheaded the move to create the National Institute for Environmental Renewal, guided the state’s response to the National Affordable Housing Act, and developed and instituted the Pennsylvania Heritage Park program that leveraged $100 million in public and private financing.

Before his employment with state government and the college, Mr. Angeli was a career Army officer, retiring at the rank of Lieutenant Colonel. He served as Army Representative to the South West Asia Working Group responsible for host country agreements in the Middle East that established pre-positioned materials and created labor pools and base rights for use in the event of a conflict involving U. S. Forces. As Inspector General at Fort Riley, Kansas, he was responsible for the day-to-day oversight of the entire complex. As program manager for the U. S. Army Support Command, Thailand, he had oversight of human resources and activities during a time when bases were undergoing major expansions. Serving as advisor to the Pennsylvania National Guard, he worked closely with reserve and guard units, including enhancing the fighting capability of the 28th Infantry Division and advancing the division four levels of training. Mr. Angeli was inducted into the OCS Infantry Hall of Fame at Fort Benning in April 2016.

Mr. Angeli remains highly active in the community and has held numerous board positions including chairman of the Pennsylvania Housing and Finance Agency and of the Greater Scranton Lackawanna Industrial Building Company. He also served as a commissioner on the Pennsylvania Gaming Control Board.

Mr. Angeli resides in Eynon, Pennsylvania with his wife Diane and son Brian. He was married to the late Nancy Coccodrilli Angeli, who passed away in 2004. With her he has two daughters, Tracy Barone, Odenton, Maryland and Emy Kurilla, Eynon, Pennsylvania. 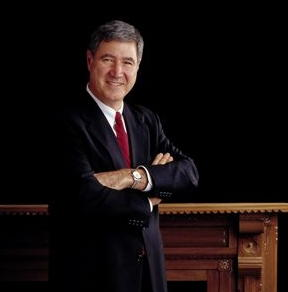