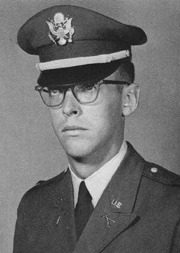 Summary: Following OCS, he went to Airborne School and was assigned to the 1st Infantry Division. Following a tour in Vietnam, he went to Fort Gordon and served as a Commander in both BCT and AIT companies. He then went to Special Forces training at Fort Bragg and subsequently was assigned to the 5th Special Forces and then another tour in Vietnam. In 1970, he left the Army and went back to college at Franklin and Marshall University graduating in 1974. While he originally had plans to be a teacher, he spent 25 years in business and worked for a number of companies which included Johnson and Johnson, Michelin, AAA. After turning 55, Pete became an English teacher, which he did for 10 years. He retired in 2008 and is in the process of working through the retirement process.